The Property, which is road accessible, is located approximately 17 kilometres northeast of the City of Powell River in southwest British Columbia, Canada. The Property is at an early stage of exploration. There are no estimates of mineral resources or reserves for the Property. The qualifying property consists of 11 contiguous mineral titles covering an area of 1788.00 hectares within the Vancouver Mining Division of southwest British Columbia, Canada. These mineral titles are held by Mr. Craig Lynes on behalf of Rich River Exploration Ltd. (“Rich River”). Straightup has entered into an Option Agreement with Mr. Craig A. Lynes and Rich River, pursuant to which the Company has earned an initial 51% interest in the property and has an option to earn the remaining 49% interest in the Property.

There was a 2017 exploration program completed on the Hi-Mars Property. This program involved collecting 73 rock and 726 soil samples mainly along existing logging roads. This work was done by Rich River on behalf of Straightup. All samples were analyzed by ALS (“ALS”), North Vancouver B.C. A Statement of Work claiming assessment credit of $107,450.52 for the work done in 2017 was filed with the BC Mineral Titles Branch on May 29, 2018 (MTO Event 5698635).

The Hi-Mars Property covers six distinct Minfile mineral occurrences all of which are classified as porphyry Cu-Mo type. Soil and rock sampling at and in the vicinity of these showings in 2017 confirmed the presence of anomalous soils and low to moderate grade Cu and Mo mineralization in granitic rocks, which essentially confirmed the results of previous exploration work on the Property. However, several showings located in 2017 along some of the more recent logging roads appear to be new. These discoveries have expanded the area of interest on the property and warrant more follow-up work.

In the author’s opinion, the Hi-Mars Property continues to be a property of merit and additional expenditure on mineral exploration is warranted. The main focus of this work should be to locate the source of anomalous concentrations of Cu and Mo in soil samples. This will help enhance the economic potential of the property. Targeted soil sampling and IP geophysical surveys would help to determine how widespread sulphide mineralization might be in the underlying bedrock. This work would focus on areas of anomalous soils and known Cu-Mo showings. Depending on the results of this work, a second stage of exploration would involve diamond drilling of the best targets. 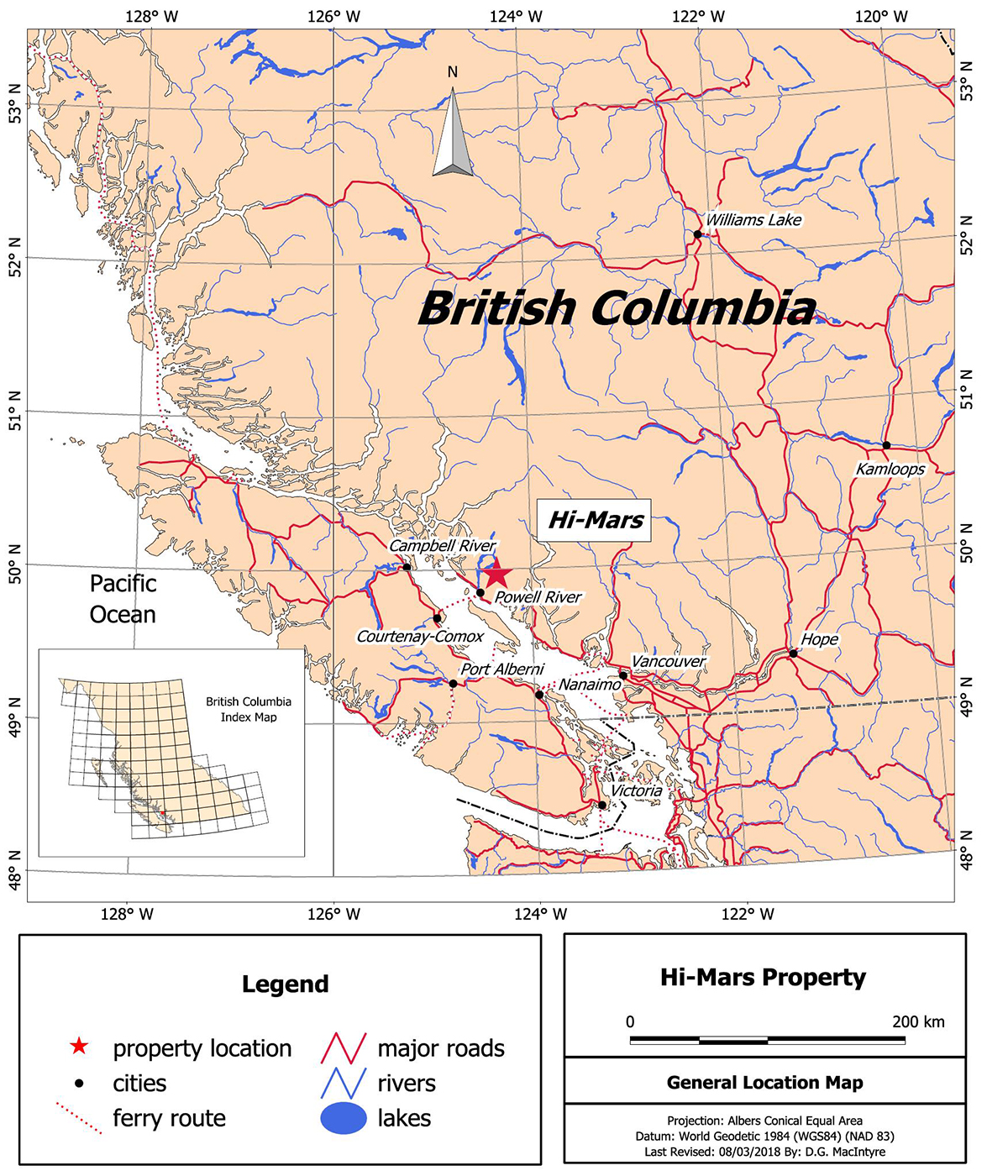 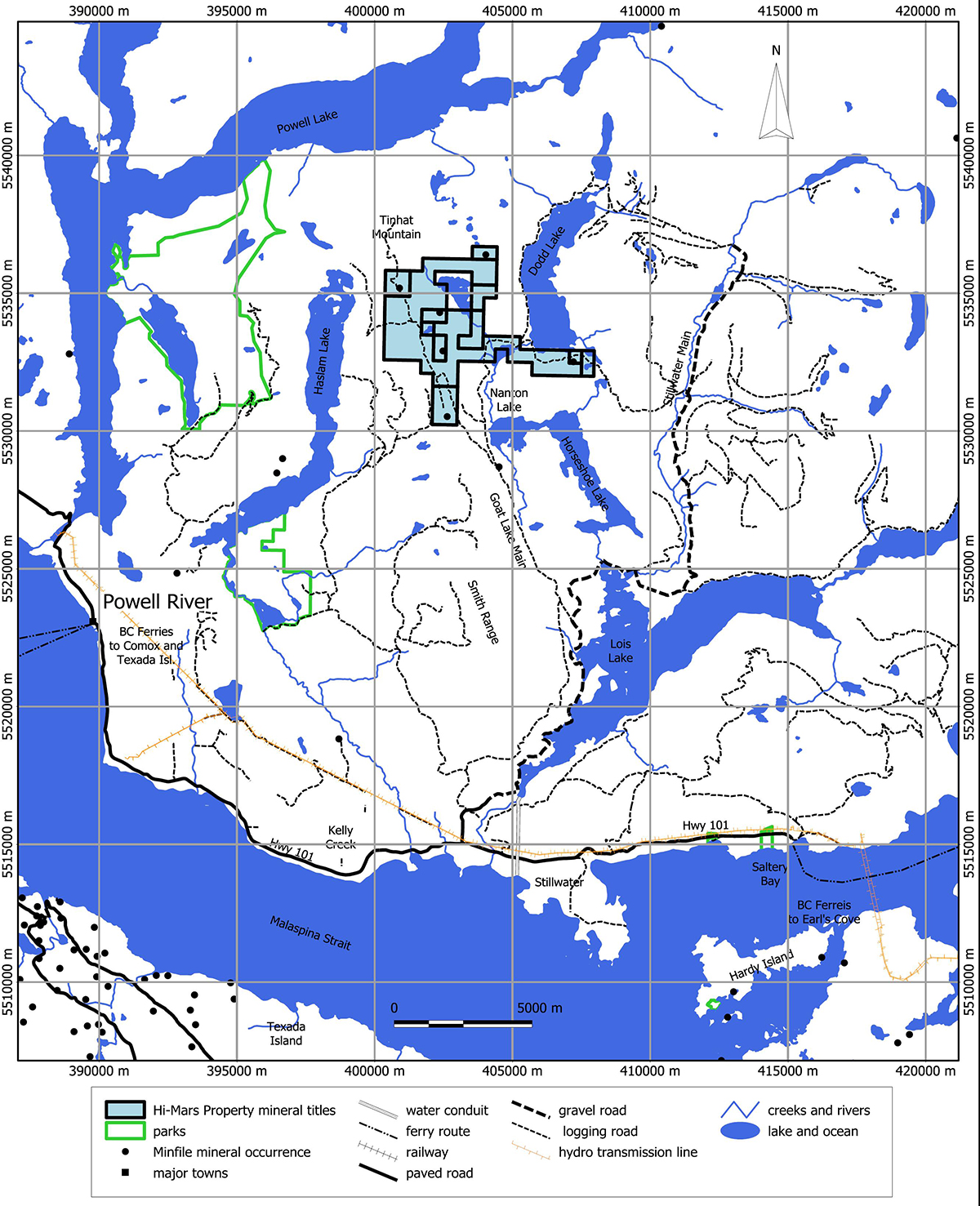